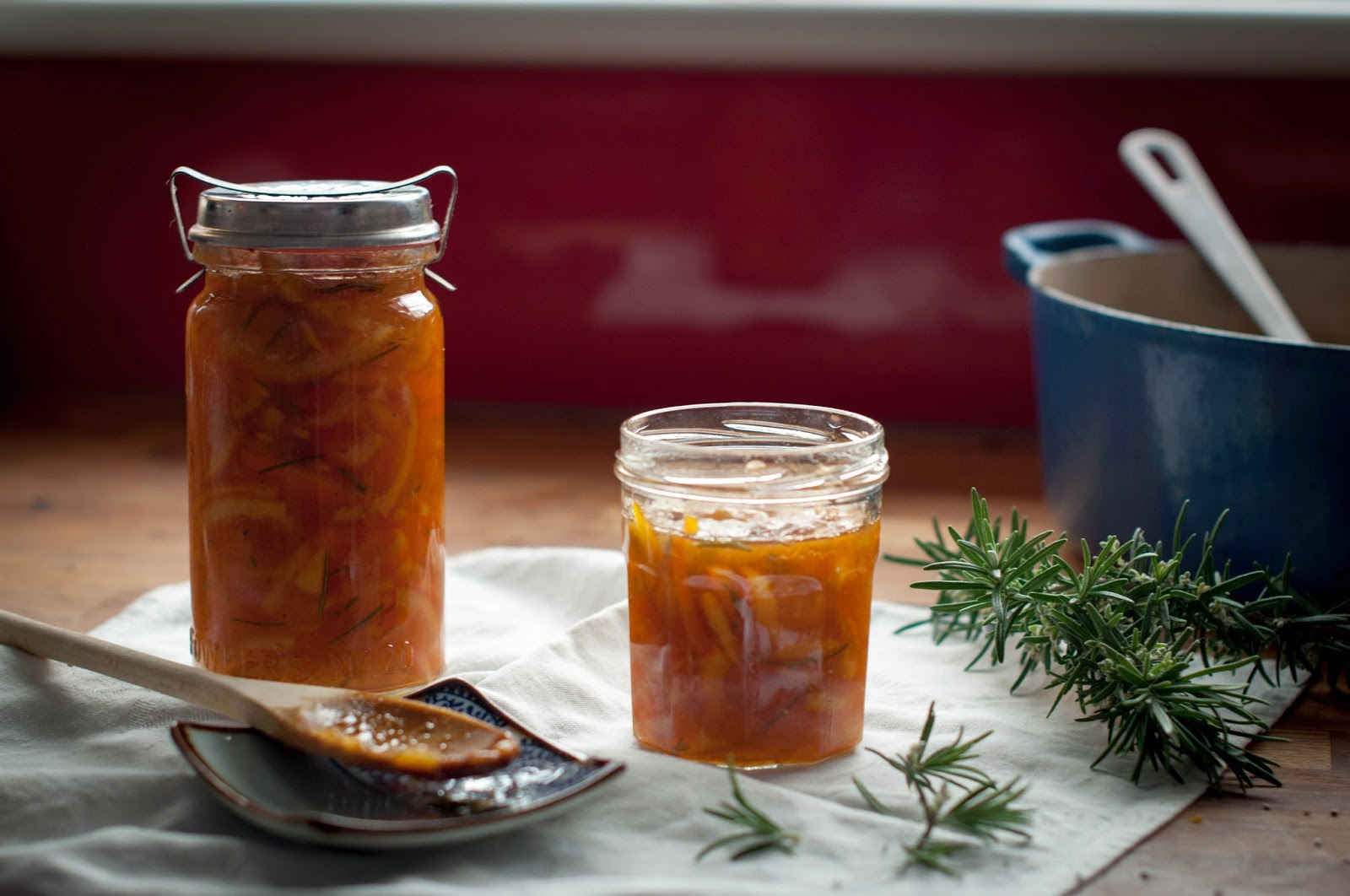 Have your kids gone back to school?
What are you up to this week?

ORANGE & ROSEMARY MARMALADE:
In my attempt to trap the splendour of Winter citrus I popped on a pot of Orange Marmalade yesterday.
Partly as I missed my children who had returned to school leaving the house a little too silent for my liking.
Partly as being at my stove gives me a meditative calm.  A chance to find silence and calm in my busy brain.
I have published a Spiced Marmalade recipe here before but this one is a little different.
I am looking forward to churning some in some Ice-cream to see how it tastes!
I like my Marmalade with lots of 'bits' so I slice and use the oranges as they are.
This made two jars- one large and one medium size jar.
WHAT YOU WILL NEED:

Slice the oranges as finely as possible. I chop mine into halves and place the flat side on the bench to give an even cutting surface. Then slice and then chop into smaller pieces.

Place into a large pot.  Add the juice of 2 grapefruit, the whole spices and Rosemary, the sugar and the water.

You may like to tie your spices and rosemary into a muslin bag to remove easily at the end. I wanted the lovely green through my marmalade so left the sprig loose but removed the whole spices at the end.

Bring to a boil and simmer gently for about an hour and a half or until the pith of the orange is soft. You can tell when the marmalade is set if you remove a wooden spoon and run your finger down the spoon and it leaves an empty space where your finger was.

Place marmalade into hot jars and tip on end to help seal. 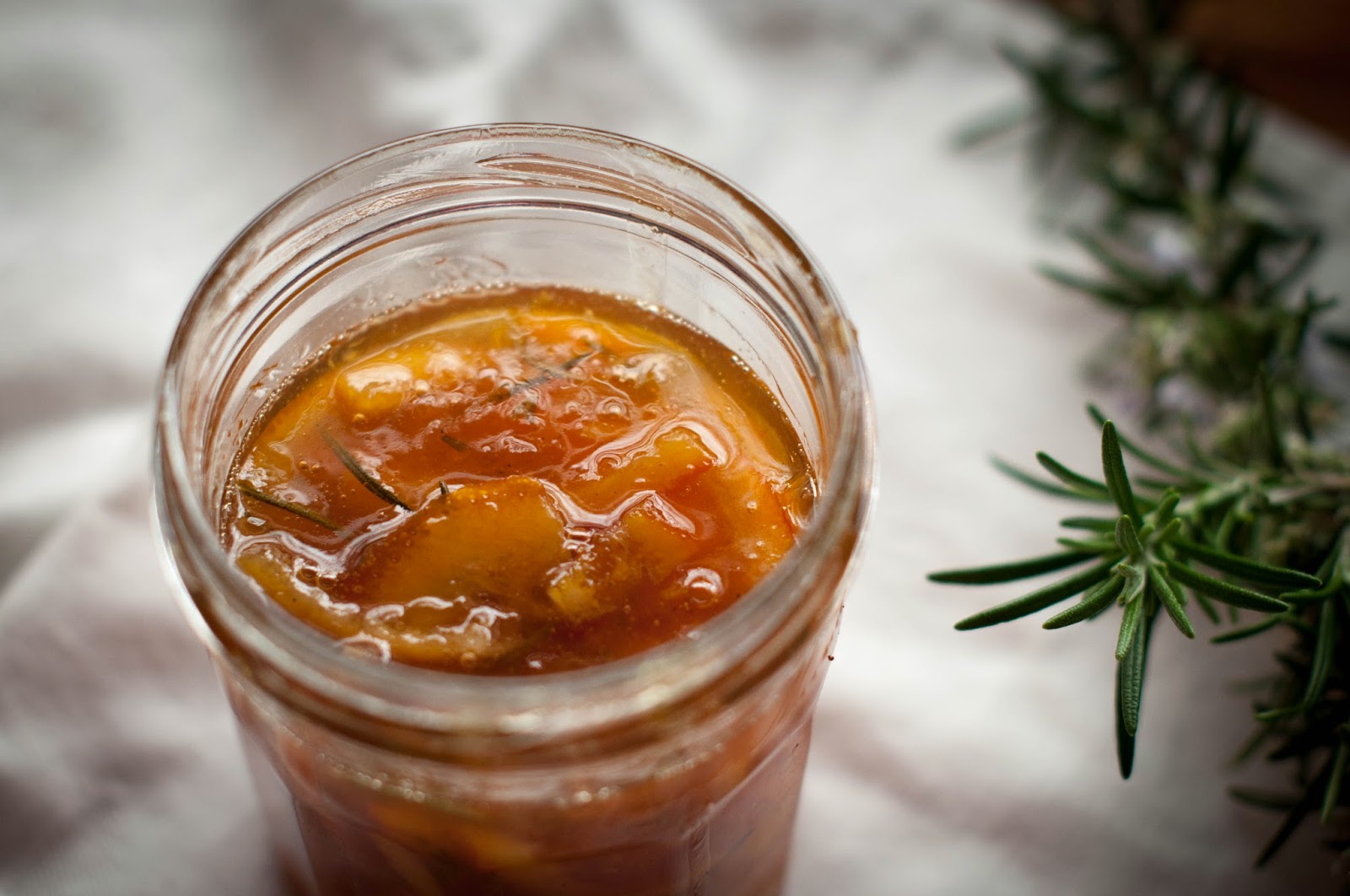 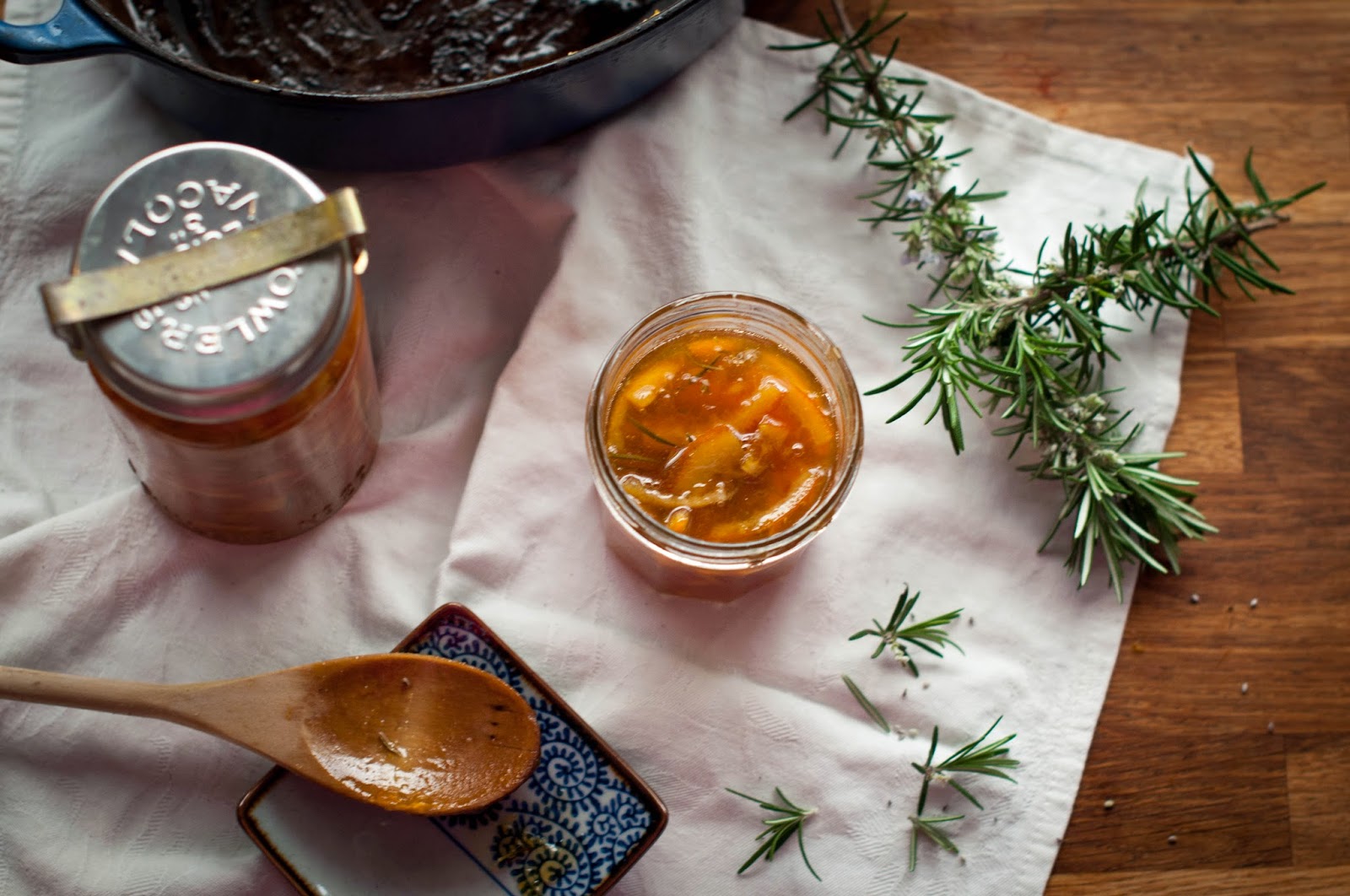 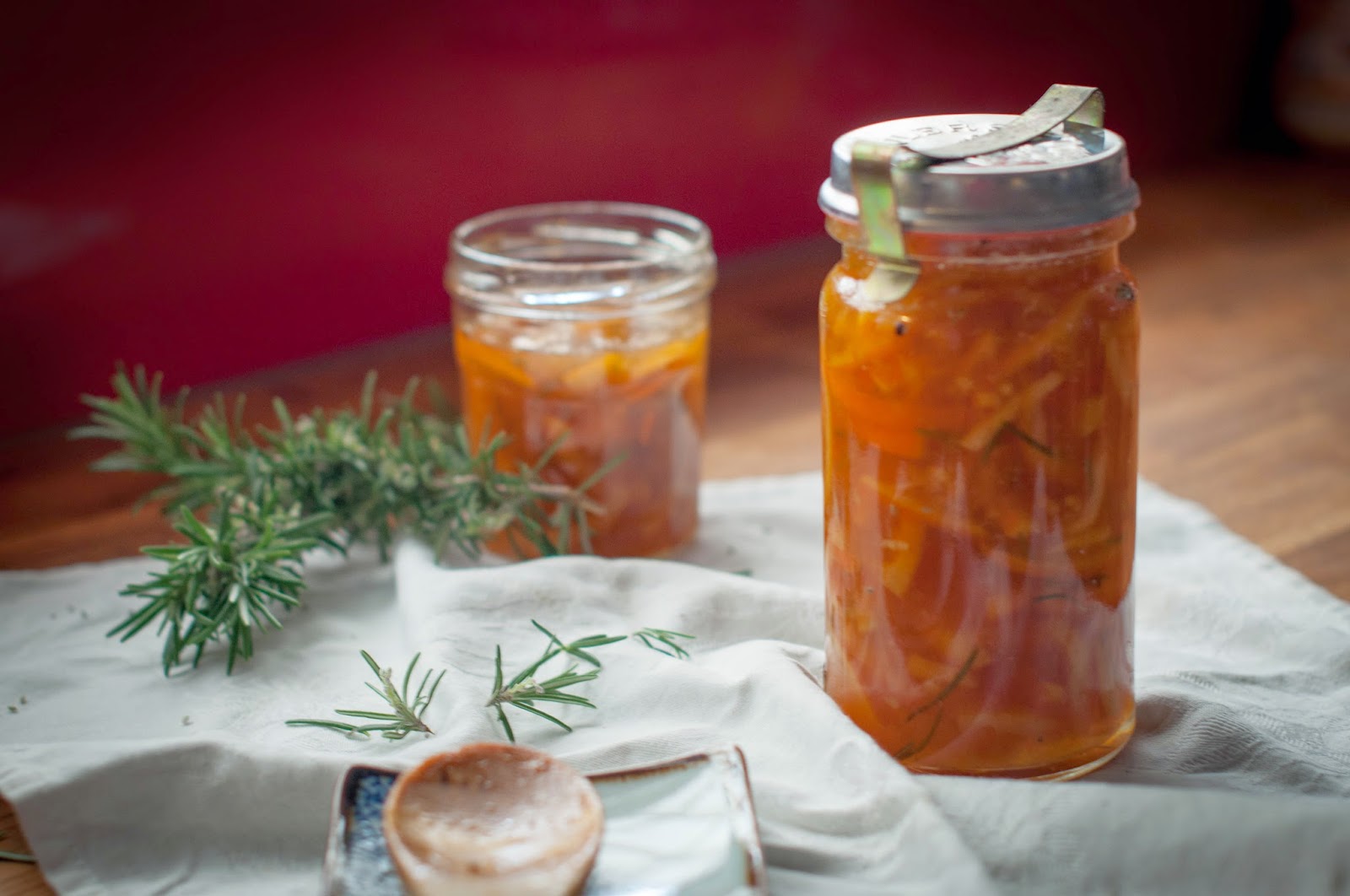 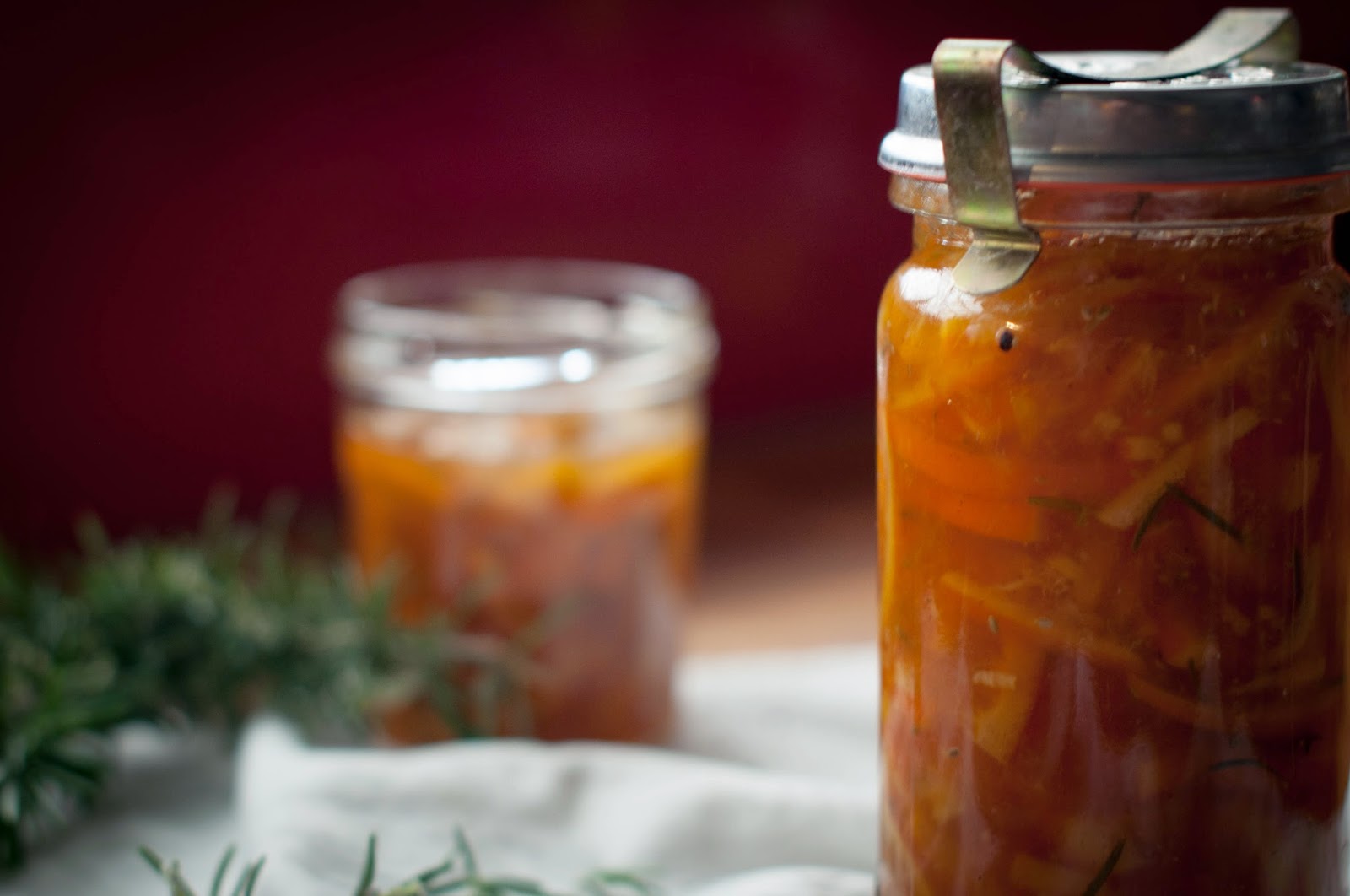 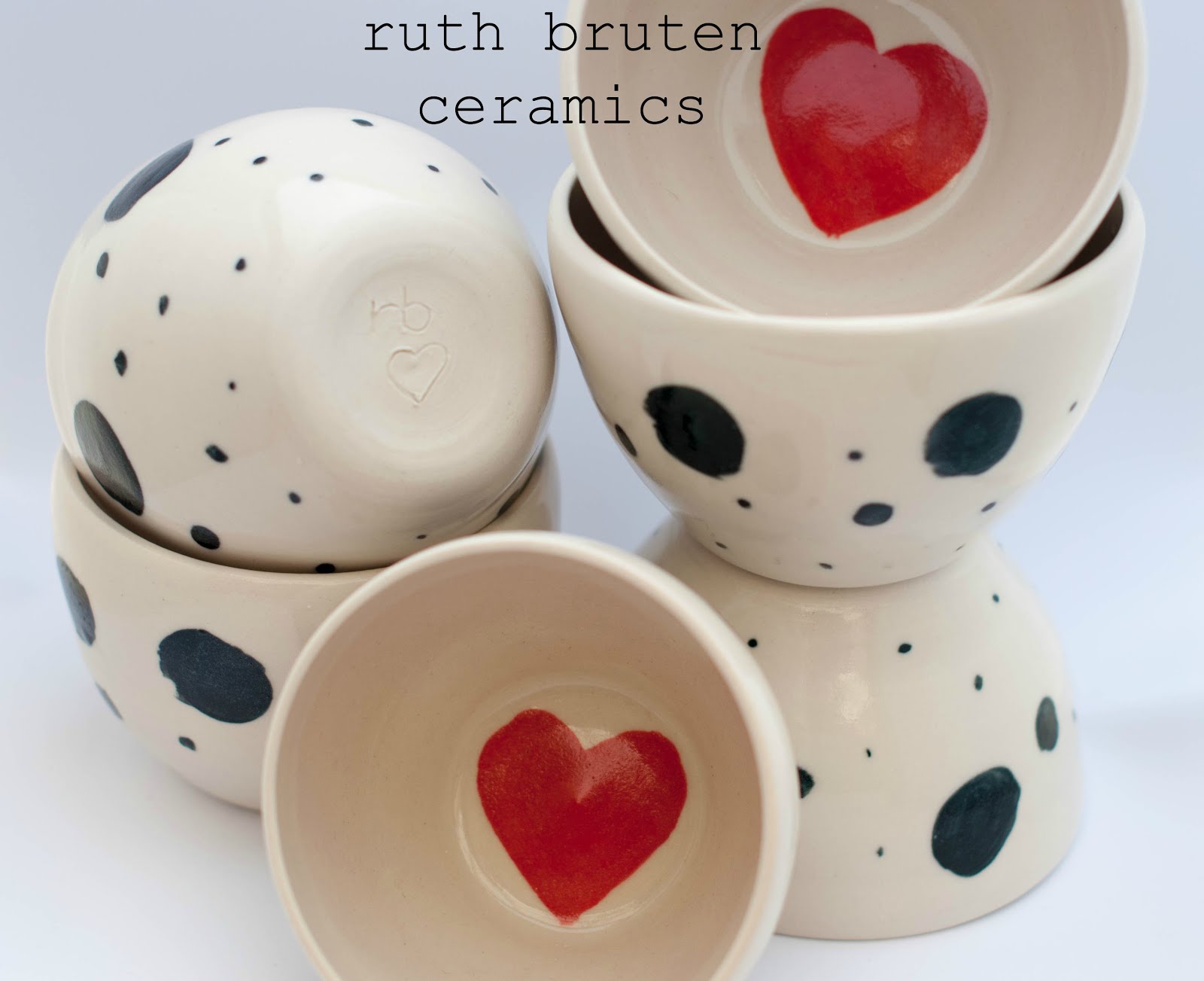 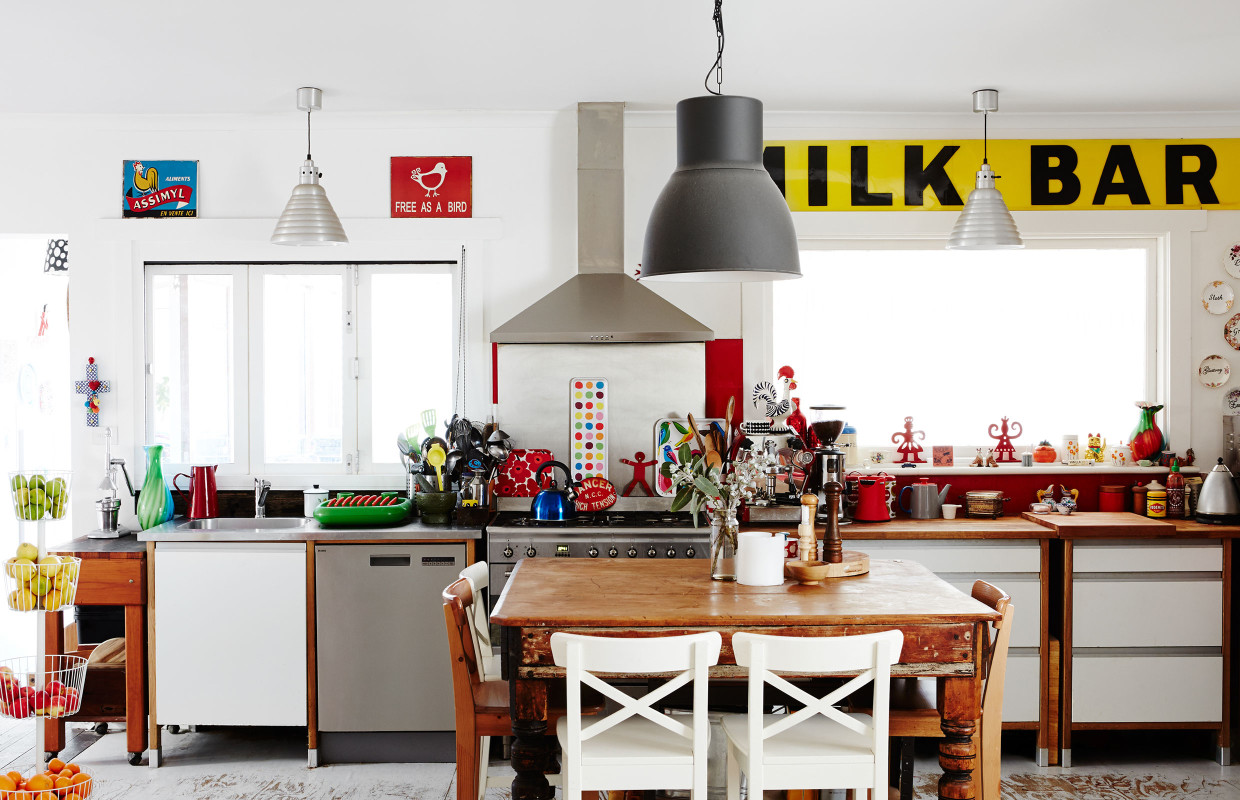